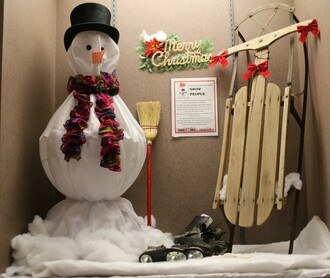 The first recorded drawing of a snowman comes from a manuscript from 1380.

In 1494, the famous Italian artist Michelangelo made a snow sculpture. We don’t know what it looked like, but people who saw it wrote down how very beautiful it was.

The earliest known photograph of a snowman was taken in 1853.

In 1944, Ruth Herman wrote Snowy, the Traveling Snowman. This would become the song Frosty the Snowman, sung by Gene Autry in 1950, and later the 1969 cartoon.