We Serve You Best in Millet, AB 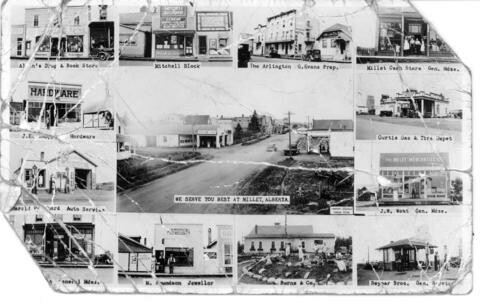 What sits in some of these spots today?

The lot that once housed the Arlington Hotel is now home to Rexall Drugs. There is a mural of the historic building on the side of the current building, which was painted by the late Ray Bindr.

Burns & Co. is now the site of the Burns Creamery Garden.

The lot that once housed R.R. Hopkins General Merchandise is now home to the Butterfly Boutique.

J.E. Sheppard Hardware was in the Whyte & Orr building, which later became the Millet Bigway Store.