In 2011, the museum began a yearlong research project to co-inside with the travelling exhibit from the Royal Alberta Museum, Chop Suey on the Prairies: a reflection on Chinese Restaurants. Like many other small towns across Alberta, Millet was no exception when it came to having Chinese immigrants settle. The first Chinese immigrant to Millet was Ching Mou Yee in ca. 1910. Ching started up a café in Millet on the East side of the highway but unfortunately it was burned down by two fires. Eventually he was able to bring some of his family over where they built a new Chinese café on the West side of the highway in Millet. The café was passed down through family members and overtime was passed to Kai Yee in 1977. This café also burnt down in 1996, as a result Millet did not see another Chinese restaurant until 2002 when Faye Yee opened Ivy’s Restaurant and it is still open today!
Millet’s history of Chinese-owned restaurants is specific to a family, but it can be traced back to approximately 1910. That is 113 years of dedicated, hardworking, inspirational community members who have contributed to the development of the Millet we know today.

Research done by Millet museum staff and volunteers was included in the exhibit that was featured at the Royal Alberta Museum until April 2014. 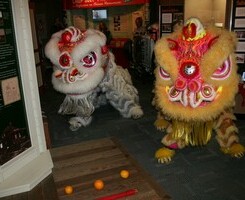 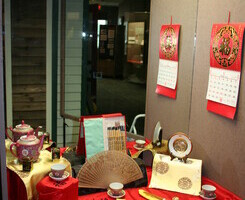 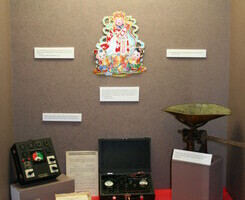 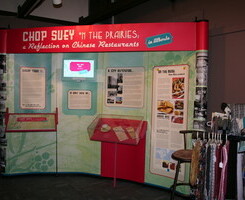