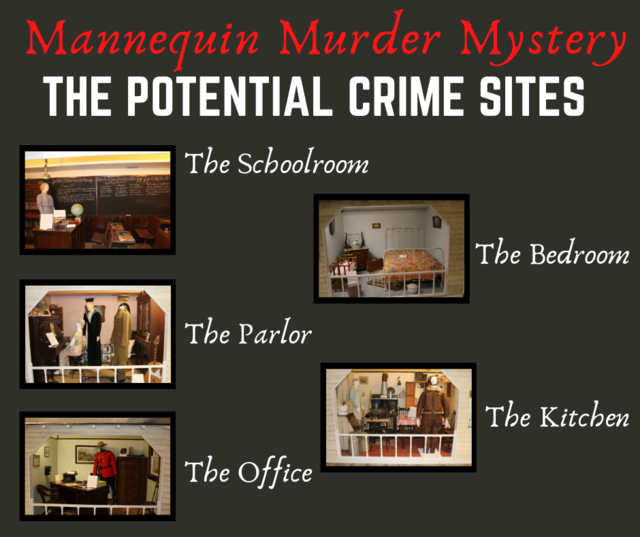 Manny was found in the open area between the exhibits. Investigators suspect he was dragged there from the site of the murder. None of the rooms show any evidence of the crime.

Manny has been known to frequent the Schoolroom on visits to the lovely Teacher.

This room, with its piano and wireless radio, is a favourite after-hours gathering place for the mannequins, once the Museum is closed for the night.

Had Manny made it home to his own bedroom before he was murdered?

It's possible Manny had gone for a late-night snack before he was murdered.

Had Manny gone to settle some business -possibly a debt- before he was murdered?