From the Museum that was built in 1985 turn right (south). At the end of the building is an antique fire wagon which was manufactured in 1938 and was used in Millet from 1939 to 1954. This fire wagon is the logo of the Millet and District Historical Society, which has been in existence since 1977. See the plaque for more information. 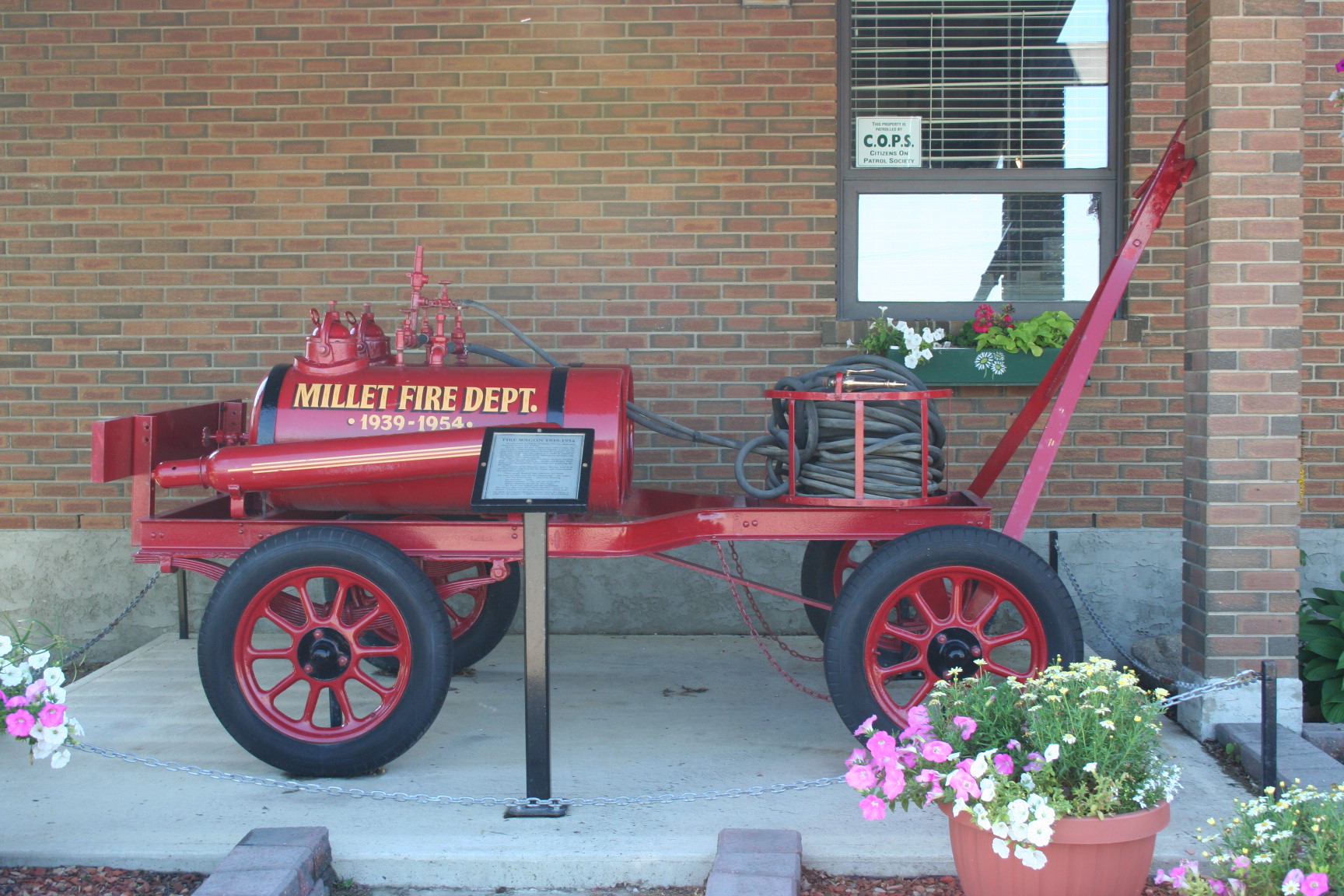 This fire wagon was used in Millet from 1939-1954.  The two 45 gallon tanks contained Calcium Chloride to prevent the water from freezing, and carbon dioxide for pressure.  Two or three men could move the wagon or it could be moved by machinery.  This method of fire fighting was primative, but very effective when used correctly.

In 1986, a committee of Historical Society members consisting of Jerry Scott, Muriel Wilson, Bert Loader and Reuben Plant looked into the possibility of restoring and displaying the fire wagon.

The Town of Millet & the Fire Department - the fire wagon.

The fire department - cost of the lettering.

Howard Ertman - time and use of his shop.

The Town crew helped with the installation.

The Alberta Museums Association awarded a grant in the amount of $2276 for the roof extension and cement work.

The Millet and District Historical Society erected this plaque in 2000 with the assistance of Alberta Community Board Funding.