Continue north on the east side of the road until you reach the replica railway garden. The Canadian Pacific Railway came through Millet in 1891. In 1902 a small station with a 20-foot platform was built, which was later replaced by a larger station in 1907. For many years the CPR served settlers, travelers and local citizens until the 1970's when part of the station was sold and the rest was demolished. See the plaque for more information. 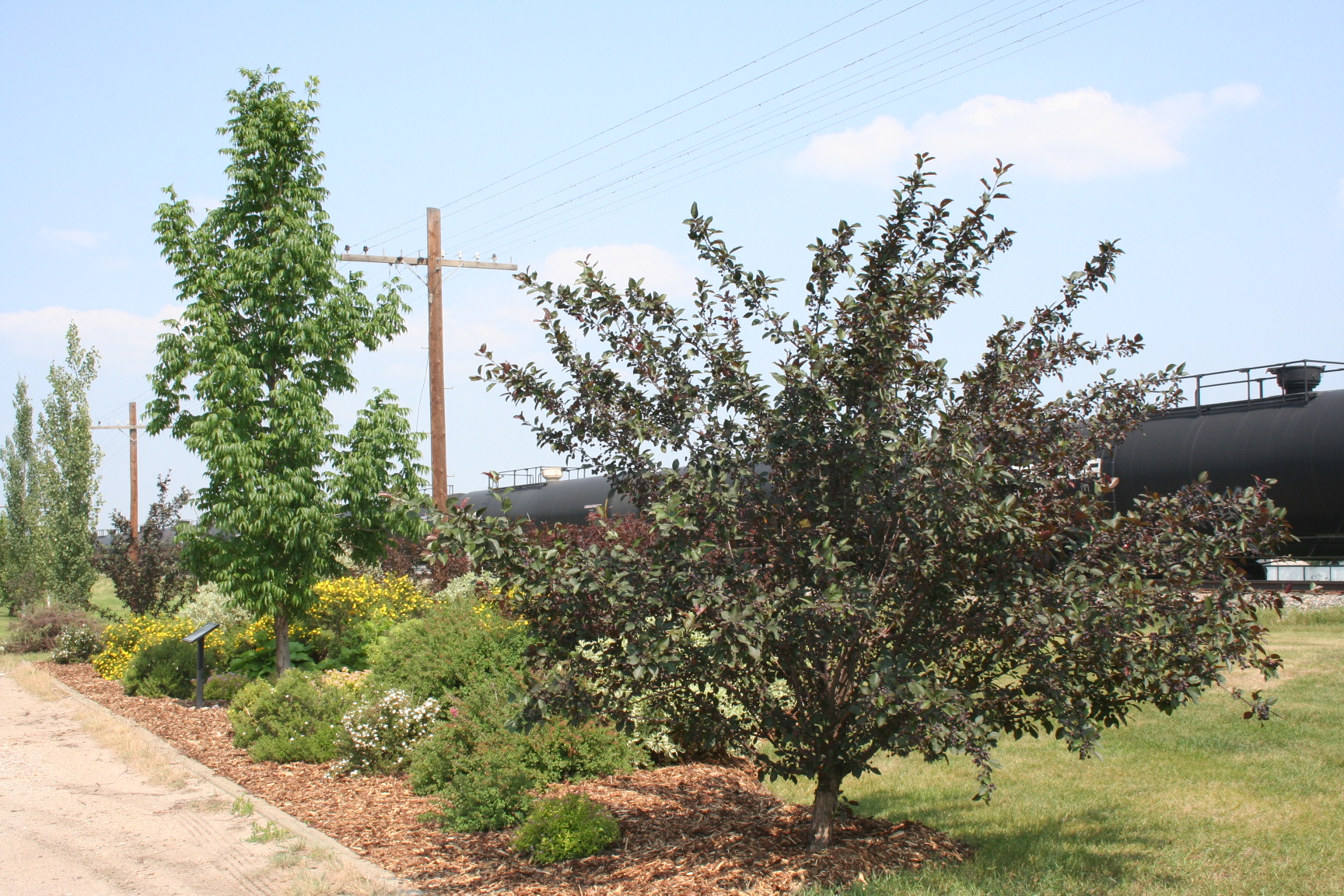 The C.P.R. built the railroad through Millet in 1891. People followed in "Immigrant" cars and cooked their food in kitchenettes located at one end of the car. Stock and equipment came in "Settlers" cars.

Before there was a station the conductor would help passengers and their baggage from the train. The train then pulled out leaving them surrounded by wilderness.

By 1902 a small station with a 20-foot platform was built which replaced the boxcar type building. It was located farther north than where the new station was built in 1907. This station, trackside at 50th Street and 49th Avenue, included freight sheds, a platform and living quarters.

Until the late 1950's orders were telegraphed and agents attached them to a bamboo hoop for the engineer to grab as the train passed. Agents sold tickets, put mail on trains and had freight wagons waiting. A lantern kept in the lobby was lit and waved by passengers to "Flag" (stop) the train at night.

Cephas A. Kent, the longest serving agent (1913-1947) is shown in the photo maintaining the lawn and flowers of the station garden.

The station served many settlers, Millet citizens and wartime Armed Forces. In the 1970's passenger service ended, and the station was moved west of Millet.