387-5867
From the corner, cross 50 Street and go north. On your left you will see The Old Bank. See the plaque for more details. 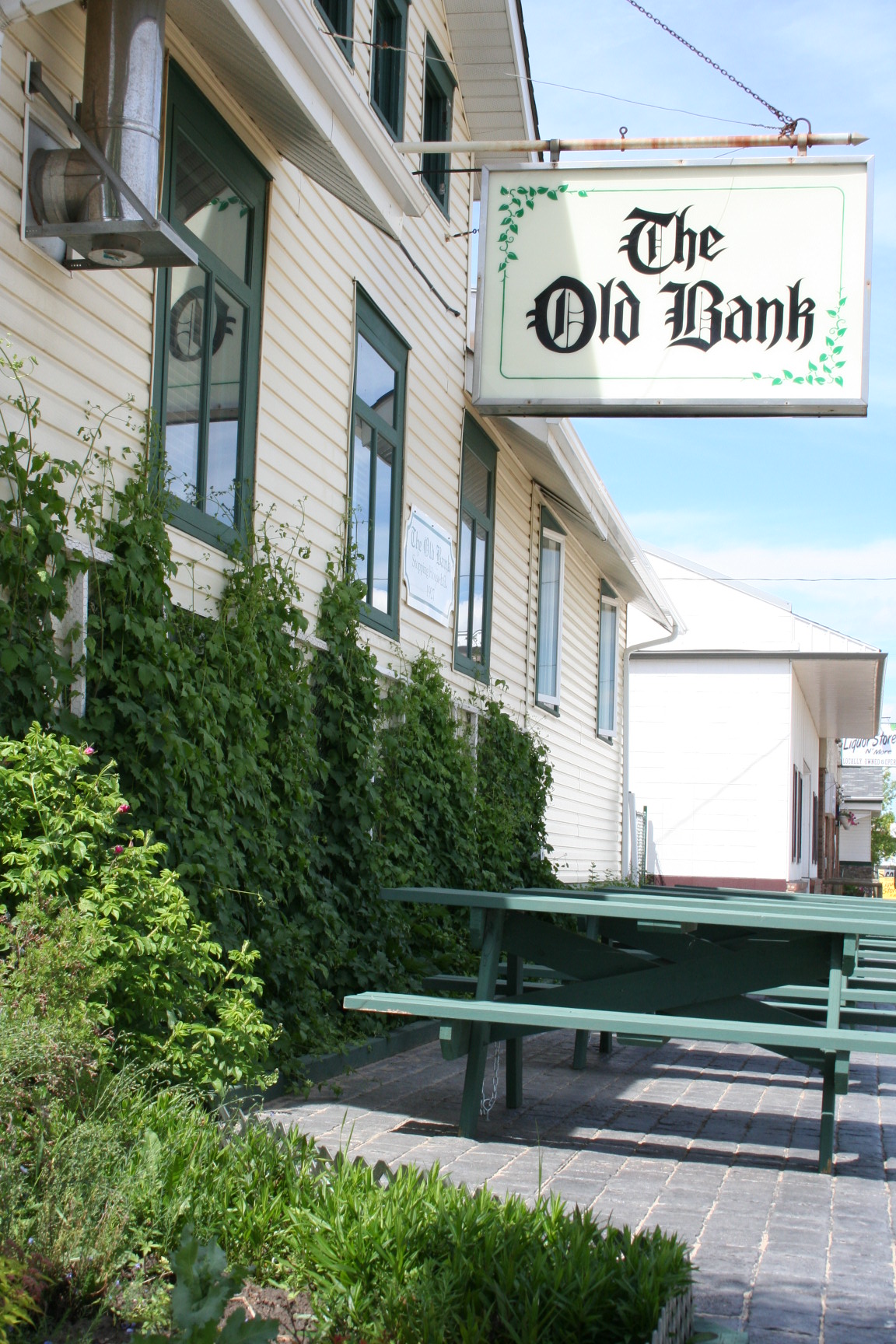 In 1912 there was still no bank in Millet.  John West, owner of the Mercantile Store, was delegated "to confer with Mr. Wright, the Manager of the Imperial Bank in Wetaskiwin, with regard to opening a branch in the village so there wouldn't be the risk of travelling to other points to do banking as in the past."

According to the Village of Millet Minute Book, Mr. Wright came to a Village Council Meeting on April 1st, 1912 to discuss the matter.

As a result of this discussion, the hotel sample room located on this site was turned around to face Alberta Street, now 50th Avenue.  The sample room was where travelling salesman showed their merchandise to local storekeepers.  The building was rented to the Imperial Bank of Canada and it became a sub-agency of the Wetaskiwin Branch.

In 1917 the sub agency became the Millet Branch of the Imperial Bank of Canada with G. M. Darling as Manager.

The present cottage style building located at this site was built in 1927.  It served the banking needs of the residents of Millet and the surrounding area until 1985 when the Canadian Imperial Bank of Commerce moved the business to the Wetaskiwin Branch. Until recently, the building was home to Sweety Pie Bakery.

The Millet and District Historical Society and Dixie Hallats erected this plaque in 2001.