Next on this block is the Millet Royal Canadian Legion Branch #229 Building. This building was erected in 1997 after a fire destroyed the original building on a different site. This is also the original historic site for the Millet Creamery, which was built for the production of cheese and butter. Later in the tour you'll see the Creamery Garden, which is a replica garden of the original that was also built at this location to beautify the grounds. 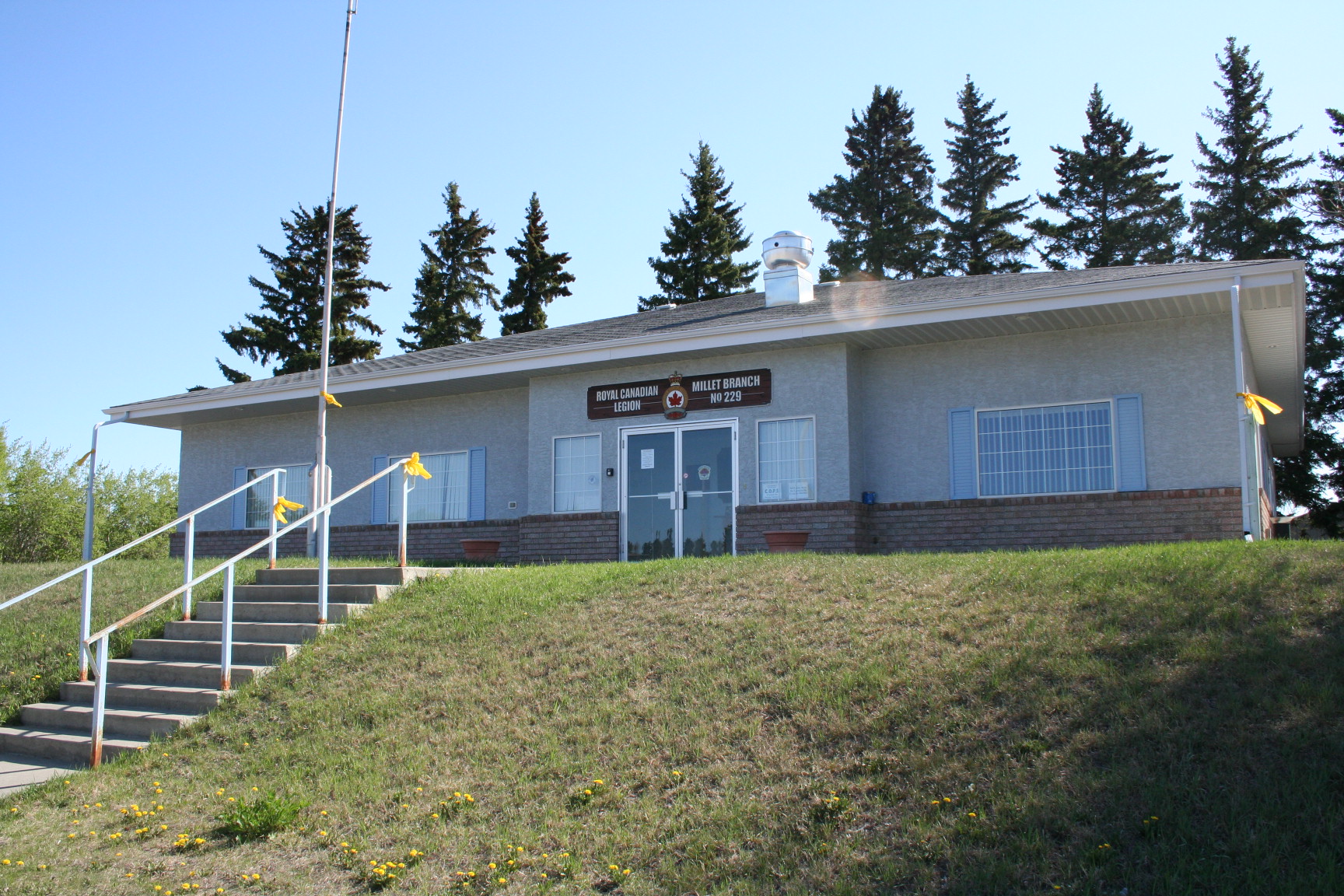