Continue north on this side of the Hwy to see the re-creation of the Burns Creamery Garden.  The Creamery, built in 1924, was located where the Legion building is located now (2009).  This garden was adopted by the Millet and District Historical Society. See the plaque for more information. 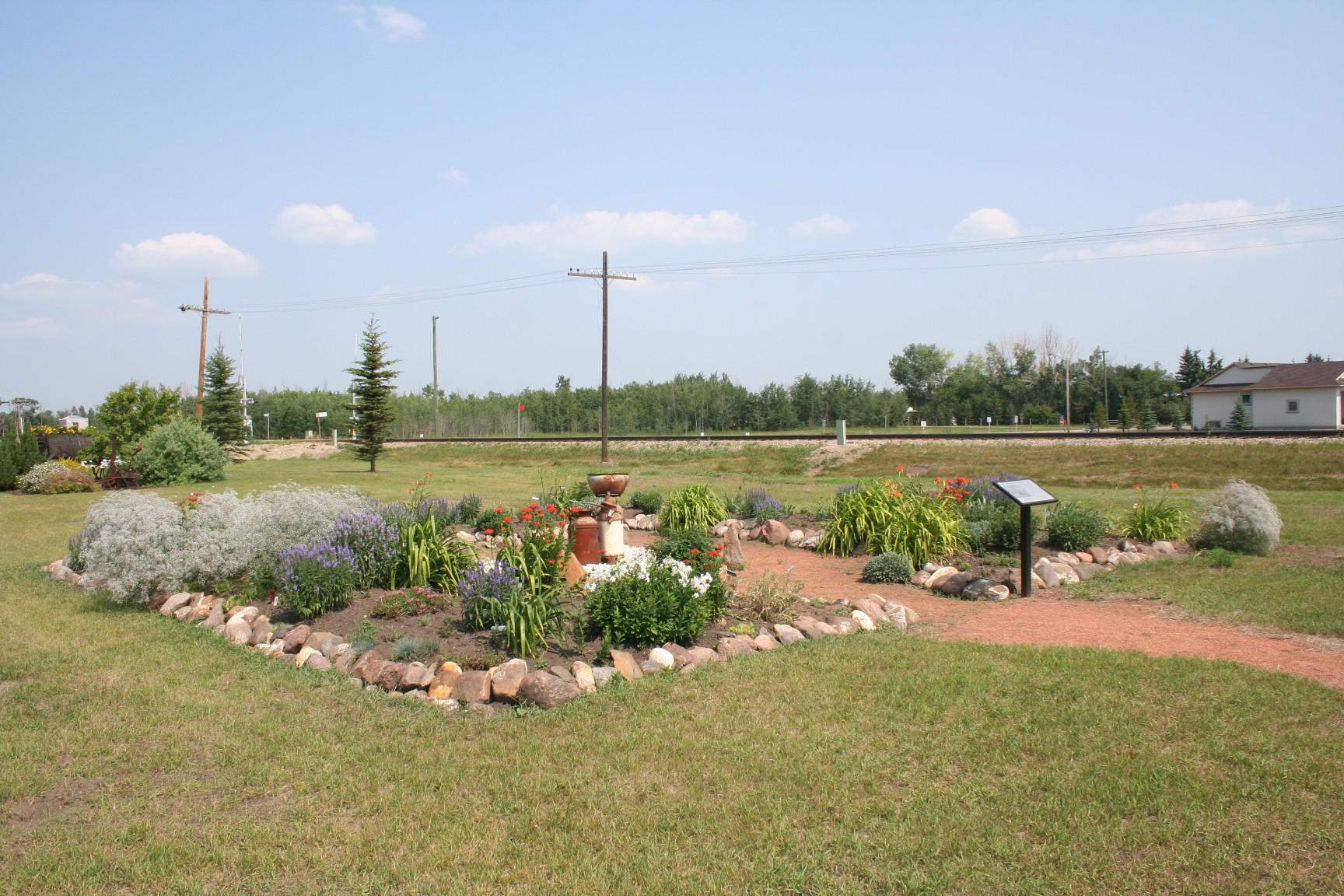 The Millet Burns Creamery was built in 1924 about one half block north of the corner of 50th Avenue and 52nd street.

In 1937 the creamery staff of that time decided to develop a rock garden to beautify the grounds.  The area south of the creamery building to 50th Avenue was cleared and leveled and rocks were put in place.  Perrenials donated by local residents were planted and a fountain was built at the north end of the garden.  Some of the garden was in full bloom with peonies, irises and other beautiful flowers.  The garden flourished for a number of years until the onset of WWII when staff members gradually quit to join the Canadian Armed Forces and interest in the garden eventually waned.

The present garden was re-created in 1998 by Bernice Knight, the Communities in Bloom Committee, the Town of Millet and local Volunteers.

This plaque was erected by Millet and District Historical Society.