Still at the Tennis Courts, take the sidewalk on the west side and follow it into the school grounds.  As you walk through, you will first come to the Millet School, which was built in 1930.  See the plaque for more details.  Also, more information about the first Millet School (1901) can be found in the Millet School Bell Kiosk at the end of the Tour. The Millet School Building has been fully renovated and now houses the Town Administrative Office, The new Millet Community Hall, and the new Public Library. As you follow the sidewalk, you will next come to Griffiths-Scott Middle School.  The Griffiths-Scott Middle School was named on March 23, 1981 after Mr. Griffiths who was Principal in Millet between 1933-1962, and Jean Scott, a dedicated teacher in the Millet area for 27 years.

The Millet School was built for $15,000 (borrowed) in 1930.  Two previous schools had been located on the east side of the tracks.  When finished the new school had four classrooms, and it accomodated grades one through twelve.  A laboratory was situated on the west wall between the high school room to the north and the grades four, five and six room to the south.  Grades seven, eight and nine had the northeast room and grades one, two and three had the southeast room.  All rooms opened to a large central hall.  A broad stairway decended to the main entrance.

Over the years, Millet School accomodated such events as Christmas Concerts, Music Festivals and School Fairs.  As well, it served as a meeting place for Boy Scouts, Cubs and Sea Cadets. 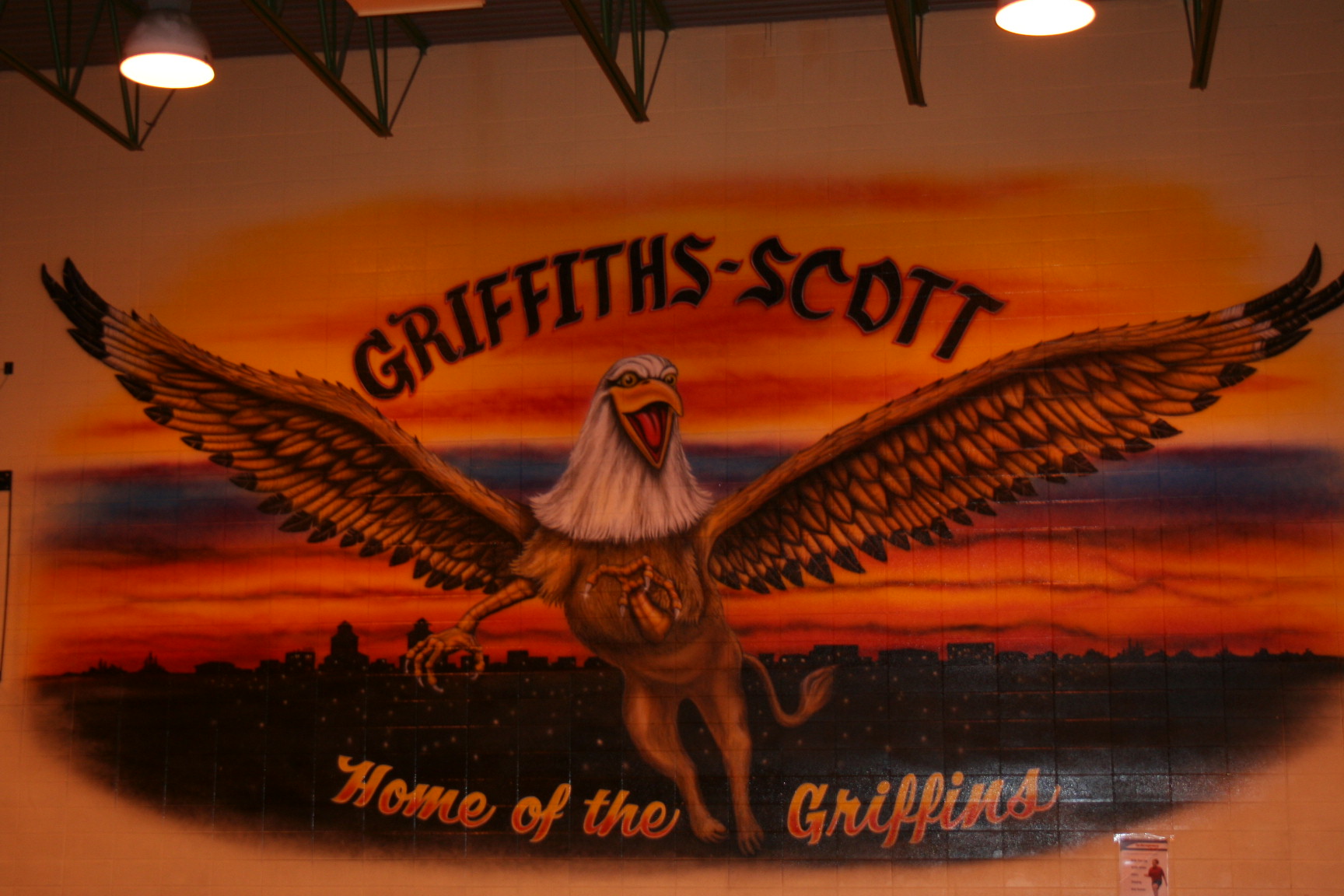