On the south side of the road is St. Norbert's Catholic Church. This church  was built in 1907 and sold in 2012. Initially this church displayed typical prairie "Church" architecture however changes over the years have caused it to become much more sophisticated. You can see the roof consists of two levels, the steeple is octagonal in shape, and the cross is very predominant. There are other decorative features such as the gothic arches over the windows and the cross with three arches over it on the side. The traditional placement of the altar is in the east end of the church, however it appears in this church it's on the south end. See the plaque for more details. 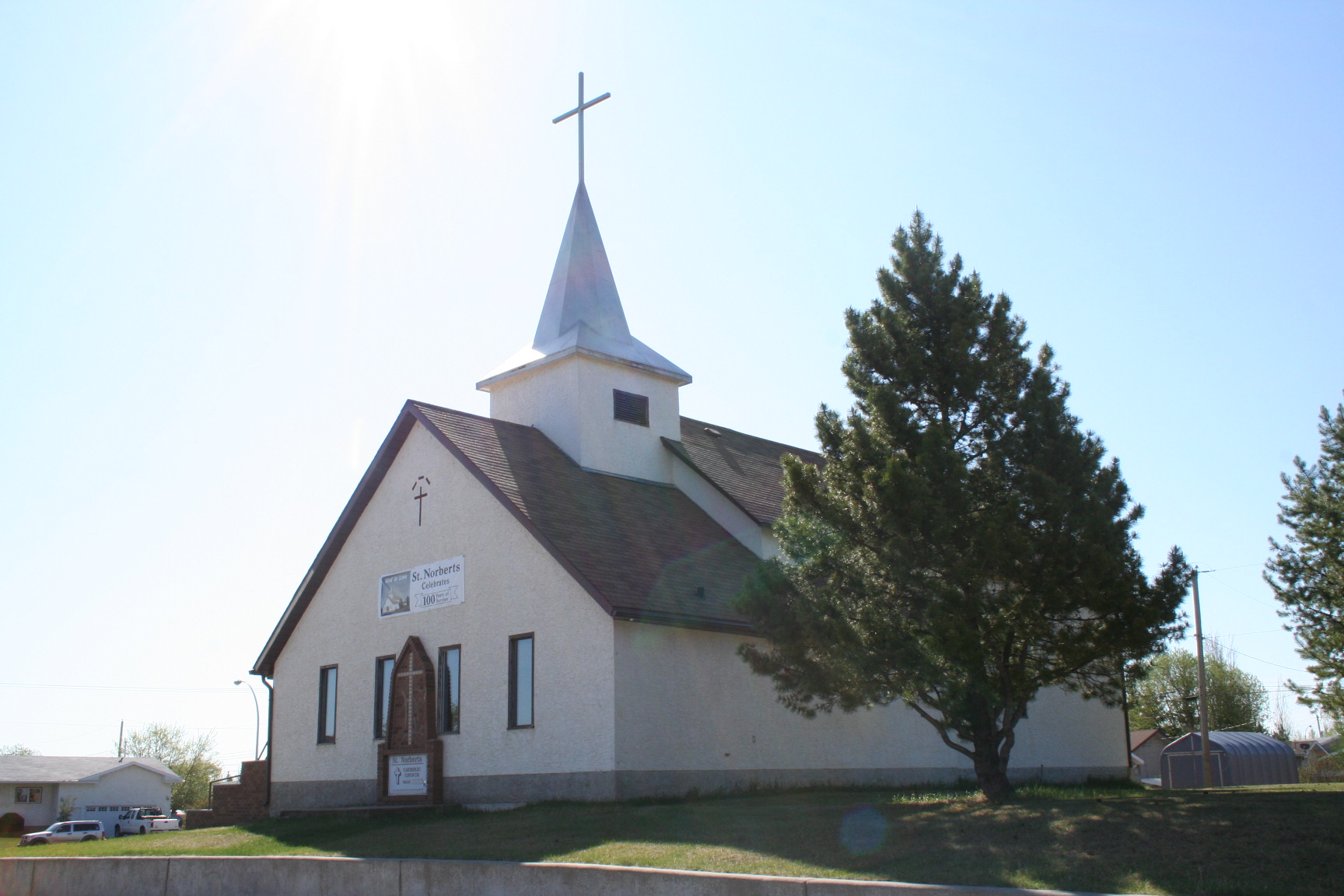 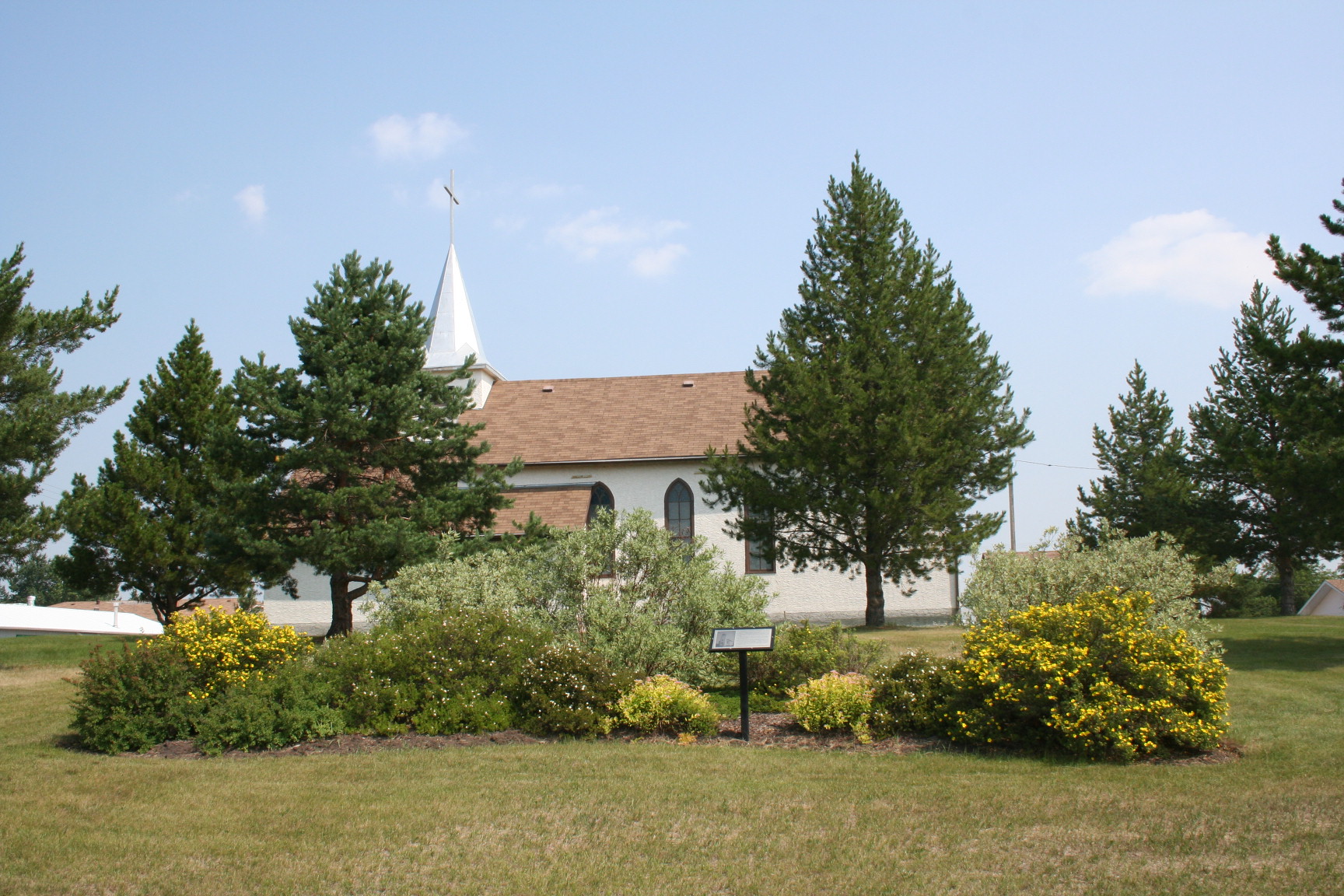 Mullen Borthers Saw Mill at Pigeon Lake donated lumber, which was hauled to Millet by Thomas Brennan, E. O'Mara, Theodore Moonen and others.

In 1907 William Kovar, a carpenter, built the 24' x 36' church at a cost of $1550. Joe Moonen and Louis Grey assisted. Many members of the congregation helped as well, even 13 year old Frank Schuller. All labour was donated.

On December 1st, 1907 Bishop Legal blessed the church. The church was named for St. Norbert the founder of the order of the Premonstratensain Fathers. The statue of St. Norbert, which adorns one of the altars, was a gift from the Abbey of Grimbergen in Belgium.

Changes were made to the building over the years. A new altar, sacristy, steeple and cross were added. The building was stuccoed, new red carpet put down and new pews built. Other changes resulted in the building of today.

The Millet and District Historical Society erected this plaque in 2000 with the assistance of Alberta Community Lottery Board funding.