Beside the Bank is Rexall Drugs.  This was the site of the Arlington Hotel.  Jonas Johnson built the original part of the Hotel in 1902.  There were many additions made over the years.  The Arlington Hotel burned down on Februrary 15, 1995.  Apple Drugs was built in 2001.  Mr. and Mrs. Oselies erected the mural titled "Alberta Street" in 2003.  The mural shows the Hotel, the Hotel sample room, a house, which later became the telephone exchange, and an implement dealer.  See the plaque for more information. 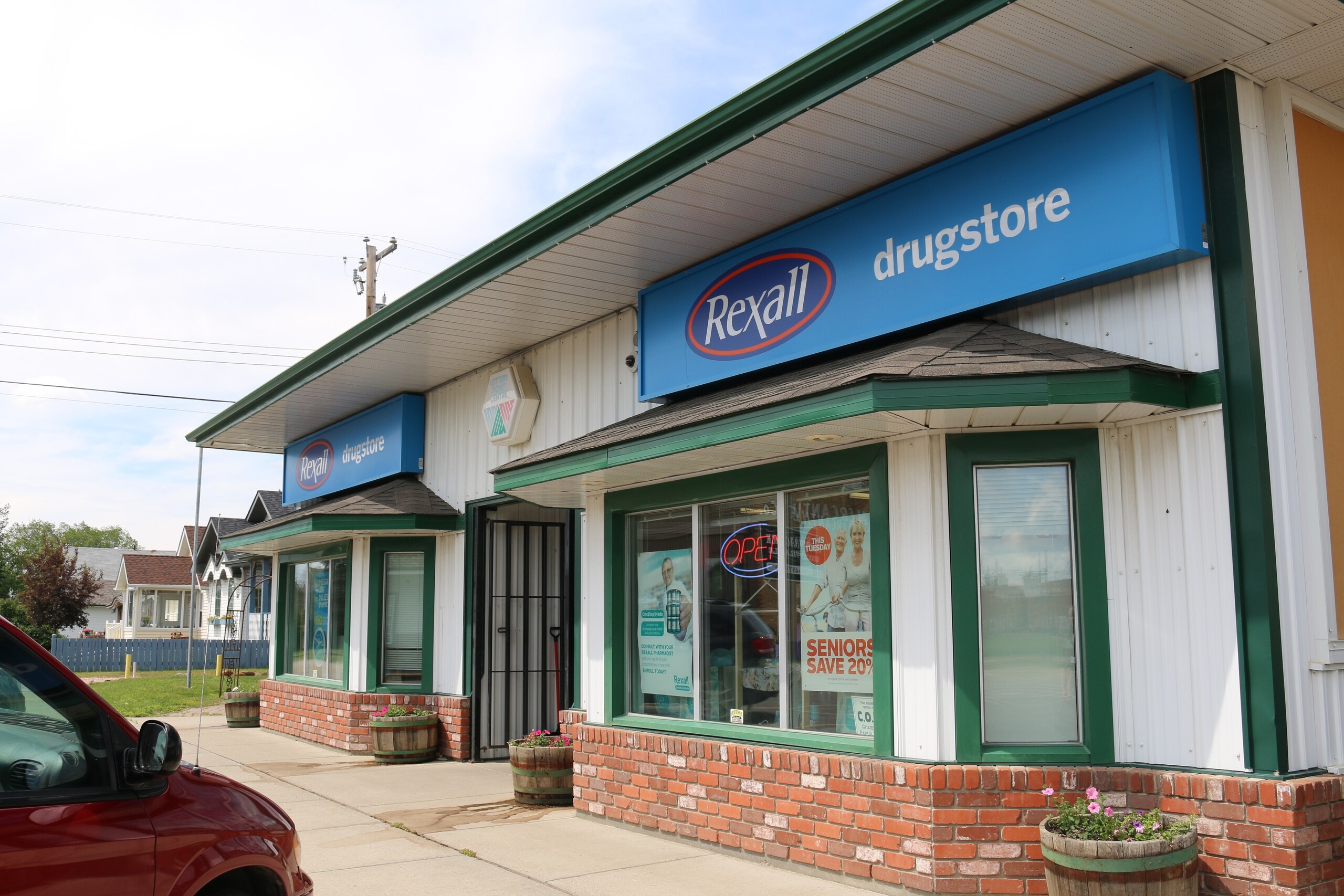 In 2003 Ruben and Donna Oselies commissioned Ray Bindr to paint a mural on this building to commemorate Millet's 100th birthday.  As their building is located on the site of the old Arlington Hotel (destroyed by fire on February 15, 1995 after 93 years of continuous use) they requested that the mural portray "Alberta Street of 1903"  (now 50th Avenue).

The artist has placed the Hotel in the centre of the mural.  Jonas Johnson built the Hotel in 1902, and H. Gregoirc built the three story addition in 1906.  To the right of the Hotel is the Hotel Sample Room where travelling salesman displayed their goods to Millet Merchants.  To the left is the P.J. Mullen residence built in 1901 where the Mullen family lived until 1906.  From about 1915-1958 the telephone exchange was housed there.  In the background a building can be seen where an implement and buggy business was located.

The buildings, the horse-drawn wagon and buggy, people's clothing, the wooden sidewalks and dirt streets all reflect life in Millet in the early 1900's.