Beside the Lions Hall stands the old Millet Public Library. In 1953 three different charters of the Millet Women's Institute decided to work together to form a Millet Community Library. The Women's Institute is a province-wide organization originally supported by the government to assist women to participate in community work, educate themselves for the better health and safety of their families and improve living conditions in rural communites. Before becoming a part of the Women's Institute this organization was called the Mother's Club. The Library moved to this location in 1994. The mural on the front side of the building is titled "Once Upon a Time" and was a tribute in 2004 to a half-century of outstanding library service to the Community. See the plaque for more information.

Note: The new Public Library is now located in the Millet School building and was opened to the public in 2021. 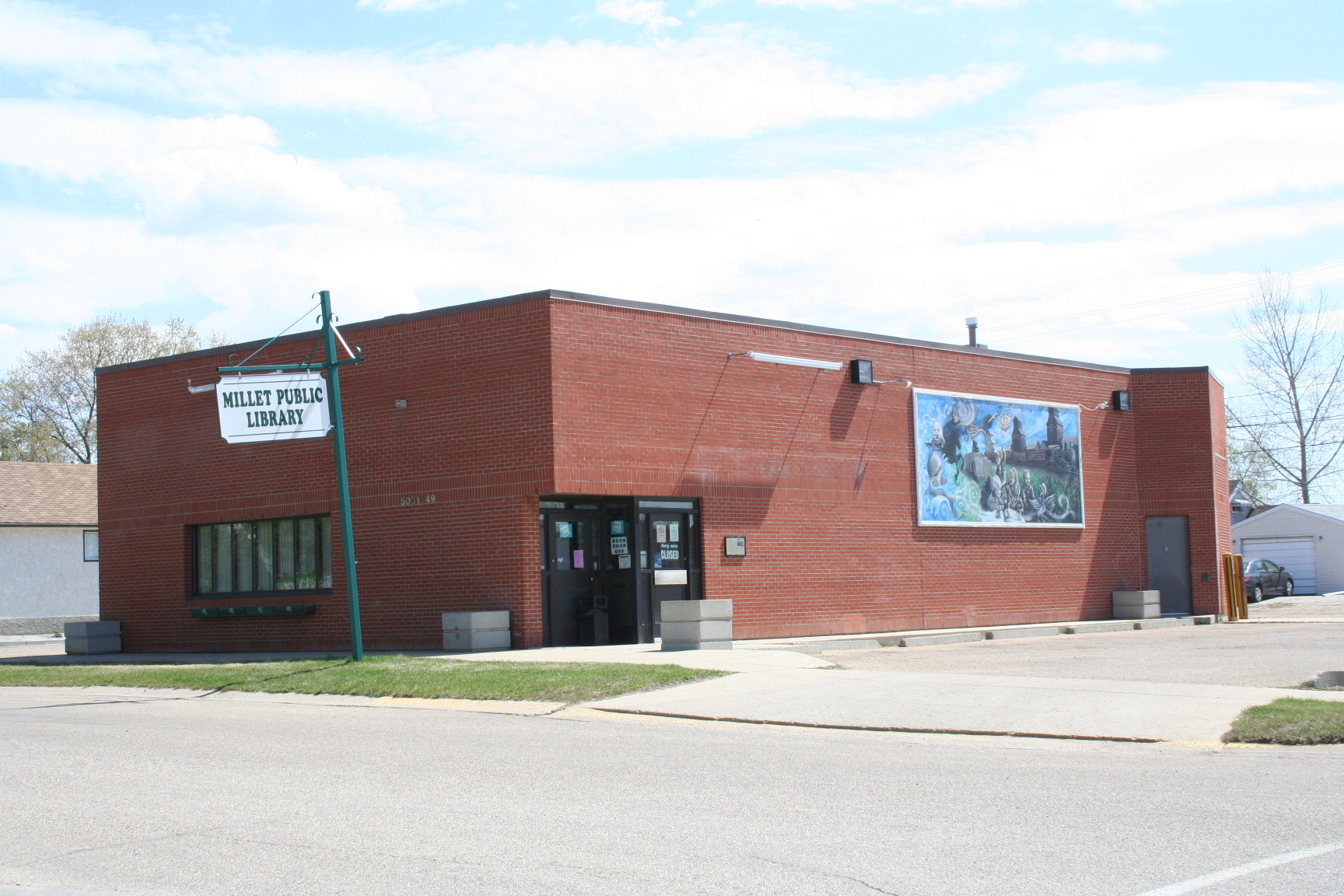 Once Upon a Time

In September 1953 the Millet Women's Institute, the Golden Glow Women's Institute, and the Central Women's Institute decided to work together to form a Community Library. Each organization donated money that enabled the purchase of 174 books. This number of volumes gradually increased when local residents made many more donations.

In February 1954 the Millet Community Library officially opened from a rent free room at the back of James R. Mullen's Insurance and Real Estate Office located east across 50th Street from the Oselies Building (5010-50th Street). Mary Mullen, J.R. Mullen's wife, became the first librarian, a position she held until her sudden death in 1955.

The Millet Library is an indication of 50 years of remarkable progress. It has an inventory of 20,000 books, as well as computer access to over two million more through the Yellowhead Regional Library. In addition videos are available and children's prgrams are presented.

"Once Upon a Time" painted by Jeanine Brod of Leduc is a sincere tribute to a half-century of outstanding library service performed by dedicated volunteers and employees.